Learn more about how to decrease your risk of developing a heart condition and to live a healthier life.

Here are a few heart disease prevention measures***. Please remember that these are general guidelines intended for educational purposes only. Talk to your physician to answer any specific questions you may have.

Moderation is key. Dozens of studies show that moderate alcohol consumption lowers the risk of heart attack for people in middle age by roughly 30 percent to 50 percent. This result seems to hold up even when you consider other factors that may play a role, such as age and tobacco use. Apparently, alcohol offers its greatest protection to men older than age 50, especially those who smoke or did smoke.

Moderate alcohol consumption would be an average of one to two of the following per day for men and one per day for women:

In some studies, alcohol was shown to:

However, drinking too much alcohol can raise the levels of some fats in the blood and may bring other health dangers, such as alcoholism, high blood pressure, obesity, stroke, etc. Given these and other risks, the American Heart Association cautions people against increasing their alcohol intake or starting to drink if they don’t already do so. Other serious problems include cardiomyopathy, cardiac arrhythmia and sudden cardiac death. 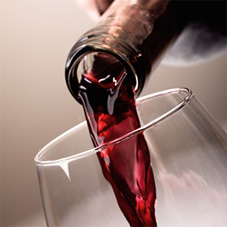 Some studies suggest that wine’s health benefits are superior to beer and liquor because of certain compounds in wine, such as resveratrol. Other studies document the same cardiovascular benefits with all three. Over the past several decades, many studies have been published in science journals about how drinking alcohol may help reduce mortality due to heart disease. Some researchers have suggested that the benefit may be due to wine, especially red wine. Others are examining the potential benefits of components in red wine such as flavonoids and other antioxidants in reducing heart disease risk. Some of these components may be found in other foods such as grapes or red grape juice. Another area of controversy is that the linkage reported in many of these studies may be due to other lifestyle factors rather than alcohol. Such factors may include increased physical activity and a diet high in fruits and vegetables.

Don’t feel pressured to drink. And don’t drink every day. Few, if any, medical experts advise nondrinkers to start drinking.

Don’t drink alcohol at all if you have:

Fiber is a type of complex carbohydrate your body can’t digest or absorb, so it passes through your digestive tract without adding calories or nutrients to your diet. Eating enough fiber pays big benefits by keeping your system regular and helping protect against heart disease and some cancers. The National Cancer Institute recommends 20 to 35 grams of fiber each day, but most people average only about 11 grams. Fiber is plentiful in whole grains, legumes, vegetables, and fruits. Here are some top choices for boosting your fiber intake.

There are two types of fiber soluble and insoluble.

Although not yet proven, insoluble fiber may reduce your risk of heart disease. In addition, it holds onto water, which helps prevent constipation and subsequently reduces your risk of hemorrhoids and diverticulosis.

Smoking makes your heart beat faster, harder, and irregularly and decreases the amount of oxygen in your blood. It produces a greater relative risk in persons under 50 than in those over 50. Women who smoke and use oral contraceptives greatly increase their risk of coronary heart disease and stroke compared with nonsmoking women who use oral contraceptives. Even second-hand smoke can be a major risk factor. Continual exposure to second hand smoke nearly doubles a person’s risk of having a heart attack.

Smoking accounts for about 1/5 of all deaths from heart disease in the United States–about 400,000 each year

Most of these deaths (90,000) are related to atherosclerosis (coronary artery disease)–the arteries that supply blood to the heart become severely narrowed, decreasing the supply of oxygen-rich blood to the heart.

Numerous surveys confirm that adult Americans perceive they are under much more stress than a decade or two ago. A 1996 Prevention magazine survey found that almost 75% feel they have “great stress” one day a week with one out of three indicating they feel this way more than twice a week. In the same 1983 survey only 55% said they felt under great stress on a weekly basis. It has been estimated that 75-90 percent of all visits to primary care physicians are for stress related problems.

The body’s response to stress is somewhat like a jet getting ready for take-off. Almost all systems (the immune system, the lungs, the blood vessels and heart, the digestive system, the sensory organs, and brain) are modified to meet the perceived danger.

People can experience either external or internal stressors.

Stress can be short-term (acute) or long-term (chronic). Acute stress is a reaction to an immediate threat or perceived threat.

Acute stress is the reaction to an immediate threat, commonly known as the fight or flight response. The threat can be any situation that is experienced, even subconsciously or falsely, as a danger. First the stress hormone adrenaline is released. Then the heart beats faster, breath quickens and blood pressure rises. The liver increases its output of blood sugar, and blood flow is diverted to the brain and large muscles. The body triggers the production and release of steroid hormones including cortisol, which is very important to the function of the heart, lungs, circulation, metabolism, immune systems, and skin when a stressor is present.

Under most circumstances, once the acute threat has passed, the response becomes inactivated and levels of stress hormones return to normal, a condition called the relaxation response. Frequently, however, modern life poses on-going stressful situations that are not short-lived and the urge to act (to fight or to flee) must be suppressed. Stress, then, becomes chronic.

Remember that the word stress is often used to refer to outside events, when actually; stress is not the event itself, but our response to it. This is why it is important to understand how stress affects us and how to deal with it.

Cholesterol is a soft, waxy substance found among the lipids (fats) in the bloodstream and in all your body’s cells. It’s used to form cell membranes, some hormones and is needed for other functions. Your body makes all the cholesterol it needs. Until it’s used, this cholesterol circulates in your blood. Cholesterol is part of a healthy body, but too much of it in your blood can be a problem. Eating foods that contain cholesterol (called dietary cholesterol) as well as foods high in saturated fats and trans-fats can raise blood cholesterol. The average American man consumes about 337 milligrams of cholesterol a day; the average woman, 217 milligrams.

Although some of the excess dietary cholesterol is removed from the body through the liver, the American Heart Association still recommends that the average daily cholesterol intake should be less than 300 milligrams. Someone with heart disease should limit their daily intake to less than 200 milligrams. People with severe high blood cholesterol levels may need an even greater reduction. Since cholesterol is in all foods from animal sources, care must be taken to eat no more than six ounces of lean meat, fish and poultry per day and to use fat-free and low-fat dairy products. High-quality proteins from vegetable sources such as beans are good substitutes for animal sources of protein.

Dietary cholesterol is found only in foods from animals, such as meat, fish, poultry, egg yolks, butter, cheese and other dairy products made from whole milk. One large, whole egg contains about 213 mg of cholesterol. This is about 71 percent of the daily recommended limit for healthy people (less than 300 mg), and too much for those with certain risk factors. Extra-large and jumbo eggs contain more cholesterol than large eggs — each provides up to 93 percent of the daily limit.

Many scientists think saturated fats and trans-fats have a greater impact than dietary cholesterol in raising blood cholesterol levels.

Cholesterol and other fats can’t dissolve in the blood. They have to be transported to and from the cells by special carriers called lipoproteins. There are several kinds, but the ones to be most concerned about are low-density lipoprotein (LDL) and high-density lipoproteins (HDL).

Low-density lipoprotein is the major cholesterol carrier in the blood. If too much LDL cholesterol circulates in the blood, it can slowly build up in the walls of the arteries feeding the heart and brain. Together with other substances it can form plaque, a thick, hard deposit that can clog those arteries. This condition is known as atherosclerosis. A clot (thrombus) that forms near this plaque can block the blood flow to part of the heart muscle and cause a heart attack. If a clot blocks the blood flow to part of the brain, a stroke results. A high level of LDL cholesterol (130 mg/dL and above) reflects an increased risk of heart disease. That’s why LDL cholesterol is often called “bad” cholesterol. Lower levels of LDL cholesterol reflect a lower risk of heart disease.

About one-third to one-fourth of blood cholesterol is carried by high-density lipoprotein or HDL. Medical experts think HDL tends to carry cholesterol away from the arteries and back to the liver, where it’s passed from the body. Some experts believe HDL removes excess cholesterol from plaques and thus slows their growth. HDL cholesterol is known as “good” cholesterol because a high HDL level seems to protect against heart attack. The opposite is also true: a low HDL level (less than 40 mg/dL) indicates a greater risk of heart disease. A low HDL cholesterol level also may increase the risk of stroke.

Eating soy (ie, tofu, which is made from soybeans) can help raise your level of high-density lipoprotein (HDL) Dishes that include soybeans, soy milk, soy flour, and textured soy protein are good places to start.

***Please remember that these are general guidelines intended for educational purposes only. Talk to your physician to answer any specific questions you may have. 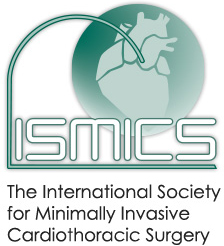 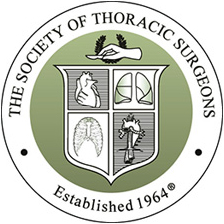