The Beat Goes On

To look at Clarence “Ed” Logan, you’d have a hard time believing the man is 80 years old, much less that he recently went through valve replacement surgery. The spry Fairfield resident loves to spend time with his bride of 55 years, Maureen, and take walks with his spunky Jack Russell terriers, Tugg and Buddy.

But it was on one of those walks when he realized something was not quite right. Out of the blue, he was having a hard time breathing.

Ed, who retired from the Air Force and then from the City of Fairfield after 20 years, has always been active, cutting wood, doing chores, taking long walks. He’d had a heart attack when he was 51, and so he knew what he had to do to take care of himself.

With a family history of heart issues, he stayed in contact with his cardiologist, who was keeping a watchful eye on his aortic valve. Suddenly, he was a good candidate for a valve replacement.

No longer do patients like Ed have to travel outside Solano County for such a procedure. NorthBay Healthcare opened its Heart & Vacscular Program in April 2009. At the time, valves weren’t really part of the plan. “We were anticipating bypasses, mainly,” explains Acute Care Nurse Practitioner Jamie Wheelahan. But only a few months later, valve surgery became a reality at NorthBay, and has been ever since. “We realized rather quickly that we had everything we needed to do valve surgery,” says Ed’s surgeon, Ramzi Deeik, M.D., director of Cardiac Surgery at NorthBay Medical Center. “Our operating room is state-of-the-art and not short in any way of the latest and greatest technology. That allows complicated surgeries such as valve replacement to go smoothly.”

Still, the procedure is no walk in the park. In order to replace or repair a valve, the heart has to be completely stopped.

The Medtronic Performer, a state-of-the-art heart and lung machine, pumps blood through the body and is maintained by a top-notch perfusion team, says Dr. Deeik. The equipment is completely computerized and follows the values of patient temperatures, electrolytes and even features bioactive coating on its tubes, which prevents clotting. “That means we can use less blood thinner during the surgery.”

For many patients, blood thinner is part of their reality after valve surgery. That is, if they decide to have a mechanical valve. After consulting with Dr. Deeik, it was determined that Ed would be given a tissue, or porcine, valve so he won’t have to be on the blood thinner Coumadin the rest of his life. “There’s less stress. They don’t have to worry about using too much or too little. And a tissue valve, especially in an older person, can last up to 25 years,” says Dr. Deeik.

Ed’s surgery took a little over two hours. “We are very expeditious,” recalls Dr. Deeik. “We don’t want to keep the heart arrested for a long period of time. The national average is 90 minutes, but mine is usually less than an hour.”

Dr. Deeik says he doesn’t hesitate to replace the valve of a patient who is in their 80s or even 90s.

“Look at the alternative,” he says. “They have a tight valve that doesn’t allow blood to leave the heart, they’re not getting enough to the brain, their arms or legs; they feel tired and weak, their body is hungry for oxygen and blood. The heart is working overtime to squeeze blood out of a tiny hole.” When a heart works that hard—sometimes for years—it ultimately will start failing. Although the recovery process was a little rough, Ed’s feeling “really good now,” he says. He goes to NorthBay’s cardiac rehab program three times a week, and is back to walking his beloved dogs. They bicker at his feet over a new toy Maureen made using Ed’s hospital stockings and a couple of tennis balls.

“I can’t believe how much help I got from all the staff there, especially in the ICU,” Ed recalls. “Everybody was great, very compassionate.” Even after he was home, NorthBay Health at Home took some of the burden off, by installing a computer in their bedroom, checking on his vitals and staying in close contact with Ed and Maureen.

“It was really good help,” says Maureen, who confides that at one time she wanted to be a nurse. She got her wish, helping Ed navigate those first scary weeks. Now the couple is planning a trip to Hawaii to celebrate.

It’s just another success story for Dr. Deeik, hailed in the industry as “the Valve Surgeon,” because it has become his specialty. He frequently gets referrals from other hospitals in the region. 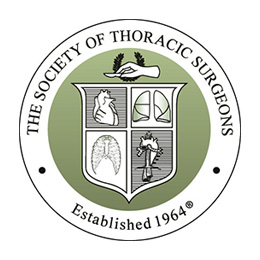